Hyaluronic acid (HA) variously called “Nature’s Moisturiser” or “Fountain of Youth” is found throughout the body as it forms part of the structural tissue that holds tissues together. HA is a fundamental component of the extracellular matrix, which occupies the areas between cells.

Almost half (7.5 grams) of HA in the body is located in the collagen of skin, acting as a moisture retaining gel. It is also found in most tissues in the body including the heart, eyes (vitreous humour), joints (synovial fluid), tendons and ligaments. Scientific studies have shown that HA improves skin and tissue hydration; works as a free radical scavenger; and stimulates the production of collagen in the skin. HA itself has a short lifespan and the body must be produce it each day to maintain the levels necessary for the repair and regeneration of tissues lost through wear and tear.

The Hyaluronan contained in PureHA is produced entirely by natural fermentation and its molecular weight is of between 1.2 and 1.5 million Daltons makes it sufficiently robust to pass through the stomach without excessive degradation and is easily absorbed through the intestinal tract. This makes PureHA an efficient oral beauty supplement – a natural moisturiser and hydrator – which helps to restore a more youthful appearance. Not all Hyaluronic Acid supplements are the same, check before you buy.

HA is continuously synthesised in the body by a class of membrane enzymes called hyaluronan synthases which lengthen HA by repeatedly adding glucuronic acid and N-acetylglucosamine to the nascent polysaccharide molecule. In the reverse process, HA is broken down by enzymes called hyaluronidases into oligosaccharides and very low molecular weight HA which exhibit pro-angiogenic properties (forming new blood vessels), which is important in the tissue healing process.

As we age the production of HA in the body decreases. Fibroblasts, which produce collagen, elastin and fibronectin to provide strength, structure and elasticity to the skin, slowdown and become less active and produce less HA. HA is a common ingredient in many skin care products especially those that claim to make the skin look younger and banish wrinkles. In 2003 the FDA approved the use of HA injections for filling soft tissue defects such as facial wrinkles. These injections, which have become very popular, temporarily smooth wrinkles by adding volume under the skin. These effects may typically last 4-6 months.

As we age the production of HA in the body decreases. Fibroblasts, which produce collagen, elastin and fibronectin to provide strength, structure and elasticity to the skin, slowdown and become less active and produce less HA. As HA levels become depleted, collagen fibres bind together into more rigid fibres known as Collagen Type-1 leading to older facial looks. Increasing the HA levels by supplementation can promote Collagen Type -111 which gives a more youthful facial look.

The unique viscous nature of HA and the fact that it does not stimulate immune or allergic responses and is extremely well tolerated in the body has led to its use in a number of clinical applications including the treatment of osteoarthritis and associated joint problems (Puhl W et al Ann.Rheum Dis 56(7);637-40); as a surgical aid in eye surgery (Miller D et al “A comprehensive guide to its use in Ophthalmic Surgery”. J Wiley NY 1983); as an essential stimulator of the healing process and tissue regeneration in burns and surgical wounds (J Chem/G Abatangelo,Wound Repair and Regeneration,1999,7:79-89

HA supplements in tablet or capsule form have been available for some time but the quality of the HA varies enormously. Some tablets have low grade HA and poor absorption in the gut and most gelatine capsules have gelatine of animal origin which, since CJD, consumers want to avoid.

A major breakthrough has been the development of a liquid formulation of HA which is rapidly absorbed in the gut and can appear in the body in less than sixty minutes (J. Agric. Food Chem.2008, 56, 10582-10593)

PUREHA has been led & created by science so introduce it into your beauty regime today and begin the fight against ageing skin. 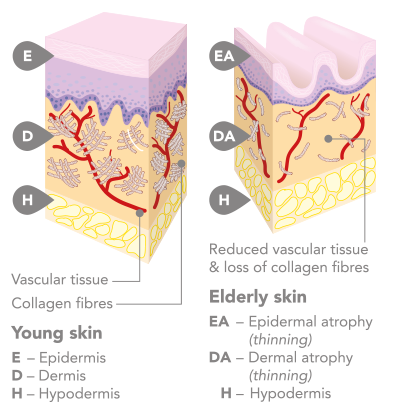 As our skin matures the body’s natural levels of HA and Vitamin C are reduced; this alongside UV damage, smoking, alcohol and a poor diet can all contribute to the skin’s ageing appearance. Moisturising cosmetic creams often don’t penetrate deep enough into the dermal layer of the skin. By also taking a science led PUREHA daily beauty supplement as part of your skincare routine you will be supporting your skin from within and helping to bring back its natural inner glow.

Hyaluronic Acid (HA) and Vitamin C work together to constitute a strong line of defence in slowing down free radical induced cellular damage, or to put it simply formulated to support your skin from within! Make science led PUREHA part of your daily skin care protection routine today.